The brainchild of industry veteran Tom Akel, HEROVERSE® is a new breed of entertainment. With comics and sequential art at the core of what we do, and deep expertise in transmedia storytelling, HEROVERSE® delivers engaging content spanning traditional, linear narratives to multi-platform, user-driven alternate reality experiences. HEROVERSE® is a connected world of heroes, super-teams, magic, and fantasy, all grounded in great story and character.

HEROVERSE® was the first comics company to announce digital-first and launch with a true multi-platform strategy, something that entertainment companies from all fields are just catching up with. 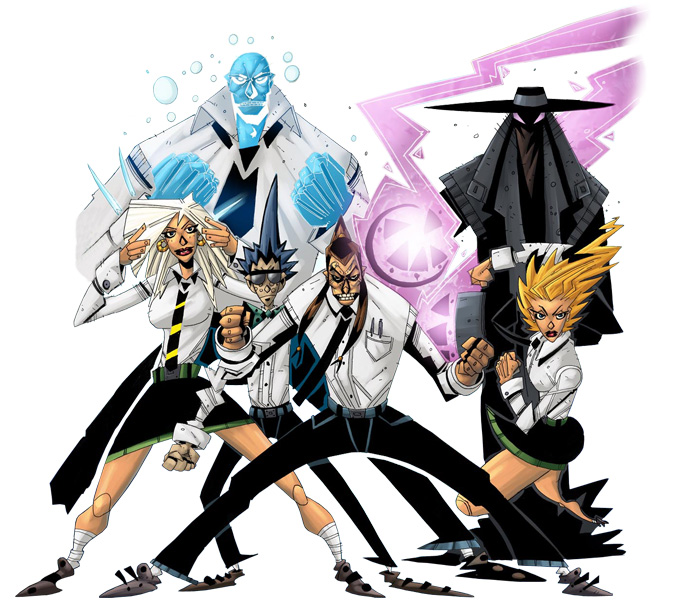 Tom Akel is an award-winning producer, writer, and executive. He is the co-founder, CEO, and Publisher of Rocketship Entertainment, the 2021 Ringo Award-winner for Favorite Publisher, where he also writes multiple series and is the co-writer of the hit webcomic Backchannel, created by Stan Lee.

During this time HEROVERSE launched at the 2006 inaugural New York Comic Con with the premier of con-exclusive runs of MACHINE and HYBRID PRIME, along with HEROVERSE: BATTLEFORCE, a multi-player analog and digital card game. Shortly after NYCC, HEROVERSE's first mini-series, ANYWHERE, was picked up for publication by Arcana Studios.

Following Comedy Central and Spike, Tom was recruited to lead MTV Digital's content team as Executive Producer, where he oversaw video, gaming, and editorial for over 175 seasons of MTV shows. While there, Tom founded MTV Comics and MTV Geek.  In 2014, Tom edited J. Michael Straczynski's THE ADVENTURES OF APOCALYPSE AL, published by Image Comics and co-founded FreakSugar, a start-up lifestyle brand that celebrates the underground culture of comics, gaming, anime, film, art and alternative media.

Previously as Head of Content at Webtoon, Tom lead original content development, strategy, and partnerships with content creators across all genres and disciplines while leading realtionships with CAA, Patreon, DeviantArt, and with Crunchyroll to develop TOWER OF GOD and NOBLESSE. Tom developed an all-star roster of creators while winning back to back Ringo Awards in 2017 & 2018 for Dean Haspiel’s THE RED HOOK and Sanford Greene’s 1000, as well as an Eisner nomination for Ryan Benjamin’s BROTHERS BOND.

Originally from New York, Tom resides in Los Angeles, CA with his wife, 2 children, cat, and an original Space Ace cabinet that someday he'll be buried in.

From Malaysia Alan's first comics pages were published in a 1984 fanzine, APAzine, where his art was awarded the best inker by readers of Daniel Chan's Friday comic newspaper. Following a career in advertising and design, Alan joined Heroverse to illustrate ANYWHERE. He then founded Komikaki Studio, a comic art and coloring company, with Adam Chong, which has produced projects for DC, MTV, Top Cow, Capstone, Heroverse and DDP.
Currently represented by Space Goat Productions, LLC., Alan has worked for DC Comics' The Vampire Diaries and Legendary Comics' Godzilla: Awakening - a prequel to the blockbuster film, and RAGE, a French series by Glyphs Production. He is currently working on Nike illustrations for DarkHorse and a top secret project. 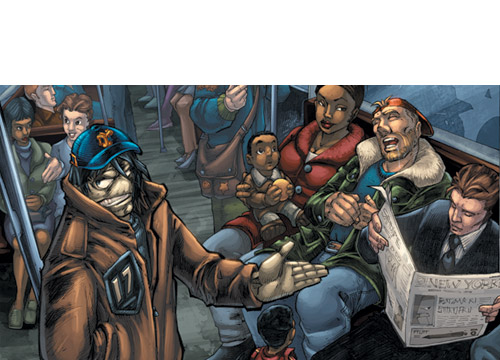 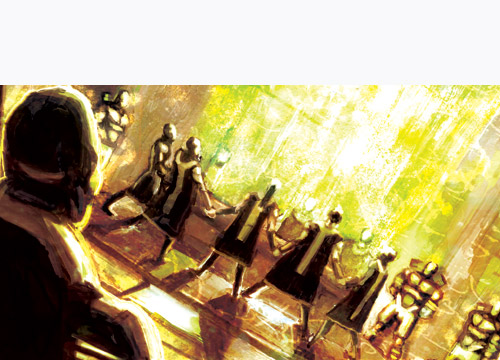 He admits he still has much to learn and develop within himself, and wishes to be in the right environment to cultivate and create effectively. "My objective is to redefine the "comedic" or "child-like" notions of sequential art and present it in a way that produces good stories. I also want to express new ways of using the computer as an art tool and give a new spark to animation and digital painting."

Steven Babb was born in 1984 near Seattle, Washington. He grew up drawing and loved comic books. His earliest memories are of Wolverine, Spiderman and that hot fox Psylocke. He moved to Seattle at 19, majored in animation at art school and really wanted to be a painter. All the while doing this he was trying to get work in the funny books. He has three full time jobs and one part time one; his girlfriend, he's the artist for the amazing book 'Dragonfire,' keeping it real and lastly he waits tables a couple of times a week. Are you ready for the check or would you like some more coffee? 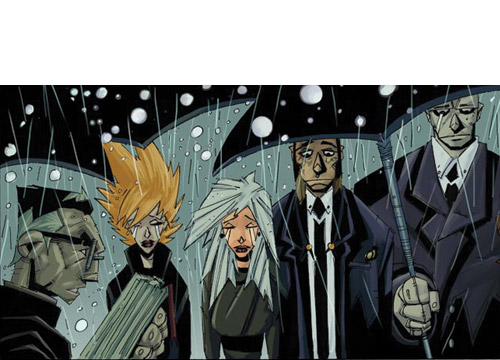 TOM & HEROVERSE IN THE PRESS

For Licensing and Media Inquiries please use this form