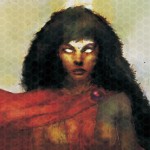 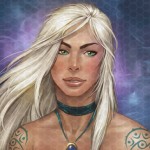 Background: Accompanying his father on a trip to China, Peter Locasio was abducted from his hotel and put into a child slavery ring by Kincaid Wilson in retribution for work Peter's father was involved in. Peter, along with several other children, was later rescued by an acquaintance of Kincaid, Master Tae Sun Lee, operating as Dragonfire. Unable to locate the father, Tae took Peter, and another boy, Jeff Gilson - who would come to be known as Hunter, into hiding where he trained them for 6 years. They were eventually tracked down by Kincaid, now the leader of the criminal organization, TALON. During the confrontation Peter was apparently killed in defense of his master, leaving only Hunter alive to bury both he and their former master. Shadowmask has recently resurfaced alongside his childhood training partner, Hunter, and joined the team of young heroes named for their mentor. Little is known regarding his whereabouts for the past 4 years or where his newfound supernatural abilities have come from. Shadowmask is not trusted by the other members of Dragonfire with the exception of team leader Hunter.

Abilities: Shadowmask can travel through shadows and darkness, instantly transporting himself great distances. Prior to his presumed death he was an accomplished martial artist but since has relied solely on his new found supernatural powers which include an aura of fear that he can amplify at will. It is probable that he has other, undiscovered abilities.