Why Creating A Superhero Universe Is A GOOD Idea

One of the most common questions I get about Heroverse is the veiled dig: “No one can compete with Marvel and DC for superhero content, so why are you trying?” OK, maybe not so veiled and a pretty direct summation of the entire world’s philosophy on anyone attempting “capes and tights”. And within the question lies the answer. But before I answer it, I’d like to discuss how and why the idea of superhero worlds being bad things snuck its way into the comic industry zeitgeist.

I imagine it started somewhere around the time the comic balloon burst in the early 2000’s. When Image crushed Marvel and DC out of the gate in the 90’s it felt like everyone wanted more superheroes and every creator wanted to make them (and the prospect of selling hundreds of thousands of copies of a book on a monthly basis may have had a hand in that). The problem with a boom in any industry is that at some point it will either burst or that lesser talent will shimmy their way in, both diluting the median quality of work and creating negative perceptions about the industry as a whole, while many pieces of it may still be not only viable, but highly successful on every qualitative and quantitative metric.

So how did the idea of superhero comics become thought of as an artistic pariah? The burst of the speculation market is well documented. And we all know that while monthly circulation in the 7 figures in the 90’s was the norm, that breaking 10k today is considered pretty successful. But the timing of that bubble happened to coincide with what critics consider the weakest creative period in the history of the medium. And the vast majority of that content was, fortunately, superhero comics. I say fortunately here for a reason, because make no mistake, whatever the leading content was at the time of the crash would inevitably be blamed as one of the reasons for it. However, the quality of superhero comics, which was in decline after too many books tried to follow the Image founders’ success, had nothing to do with the market crash, but the timing aligned and thus the industry, to this day, has trouble separating these ideas. It’s like saying that the housing market crashed because the houses being built just weren’t what people were looking for anymore. So while superhero books really had little to do with it, and it’s unfair to peg them to that financial shift, it lead to an era of unprecedented creative non-superhero awesomeness that we’re still benefiting from.

Since this time there have certainly been some great superhero books outside of the DCU and Marvel. Many play off the Justice League super-team trope, and several are truly original, but with the sole exception of Robert Kirkman’s Invincible, none develop a universe. Meanwhile, we see time and time again deep, rich genre worlds being created in the realms of sci-fi, fantasy, supernatural, and espionage. Still whenever the idea of a new superhero world is discussed it’s met with disdain or is expected be in the model of how superheroes would work if they existed in “real life”.

This leads us to where we are today, and why Heroverse exists. Having been in high school at the time of the Image launch, I am and forever will be influenced by those creators, some of whom I’m lucky enough to now call friends and colleagues. So the first answer to that opening question is simply it’s my passion. I love working in many genres, and each has their own place in my twisted head, but superheroes will always be in my heart. That said, there is also a practical business case, which is alluded to in the question, and that is that the question itself exists. Because if everyone thinks no one can compete in this market then no one will even try. That’s a great space to be in. Marvel sold for 4 billion dollars, and now that’s the worth of the smallest of their individual franchises. They’re arguably already worth 5 times that just a few years later, and just a decade past filing for chapter 11.

So I guess please keep knocking the idea of doing new superhero universes? Bah, I can’t say that with a straight face. While it would mean Heroverse would be more valuable I can’t help but want to read other creators’ great superhero stories and want to be challenged creatively to keep pace.

If you want to keep thinking that superheros are a bad idea, that no one can break through, and that there isn’t an audience, well, you’re wrong. And I’m willing to bet that the same public that had never heard of Guardians of the Galaxy could care less what publisher that IP came from and would love more classic stories like it. Like all genres and mediums, great content is great content, and that’s the goal here. I hope you enjoy the comics, transmedia stories, games, and all the other goodness coming your way from Heroverse as much as everyone involved is having developing it.

I ask you to put on your mask, tie on the cape, buckle your utility belt, and come save the world. 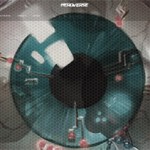